Throughout my life, stories have fascinated me. A good story told at the right time can teach you something, motivate or inspire you, and connect people. Music can be a story in itself, a journey through different moments or emotions that can connect with the listener. But music could also be a supportive element in a larger project. Music can enhance the story or add a counterpoint to it. The goal is always to make someone experience something greater than the sum of its parts. My talent is making music, and I love to be able to use this to tell a story or to help tell one together.

Every project is unique and requires a unique musical approach. It’s essential to start constructing the sound and the material of the music as early as possible to fit the project perfectly. I love to have conversations with a director to find out the context where the movie takes place: the themes, settings, storylines, and character development, but also how they construct these elements in image and sound. Next, we can look together for a musical sound and language that would fit all this. It’s no problem for me to adapt to what the film needs since I love to dive into all the musical elements that could be of value for the project and can make them entirely my own.

Do you have a project yet no idea what to do with the music? Get in touch with me, and together, we can find out what all the possibilities are!

Awarded by the Dutch Wind Ensemble for my work Love’s variety – On the diversities in a universal notion.

Awarded by the Ricciotti Ensemble for my arrangement of  Mekhuteneste Mayne.

Awarded by the New Trombone Collective for my work Dystopia.

Awarded by TROMP Percussion Eindhoven for my work Claustrophobia.

Awarded by the Keep an Eye foundation for my film score of The Library of Things. 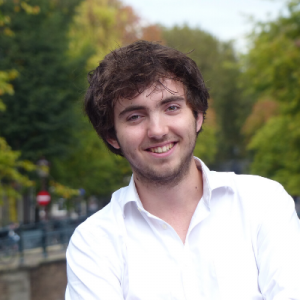